Emerson thinks that Jason is so funny. He hardly ever laughs at anyone other than Jason. I think that his laugh is so cute. I was finally able to catch it some what on video the other day. Right before I took this it was a lot more, but this is still really cute!

Posted by Jason and Jessica Bills at 12:02 PM 6 comments: 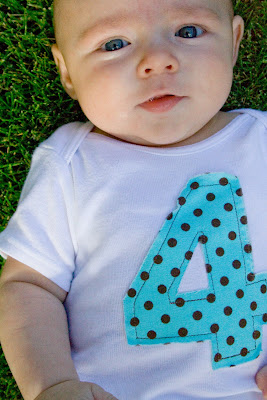 My baby is 4 months old...HOLY COW!!! It seems like just barely that we were at the hospital holding him for the first time. He has grown so much since then. And we have grown more and more in love with him each day.
Emerson's 4 Month Stats:
Weight: 14 lbs 6 oz.
Height: 25 in 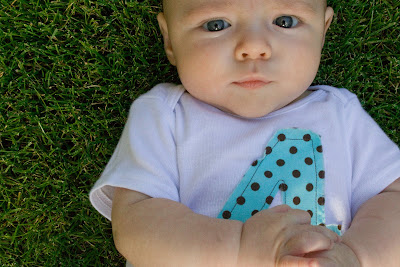 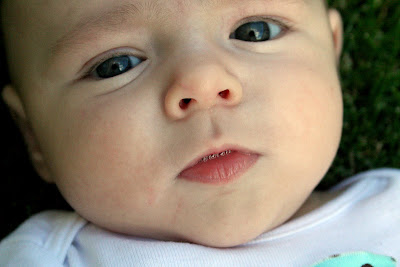 Posted by Jason and Jessica Bills at 9:30 PM 7 comments:

First off...Happy Father's Day to our wonderful Dads! You two are so great tous and a blessing to have in our lives. We love you two so much. We hope that you have the best day. 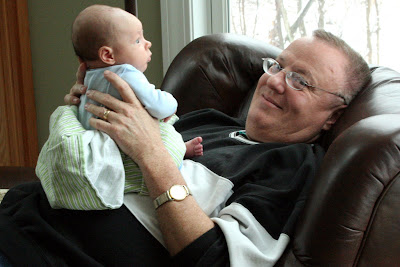 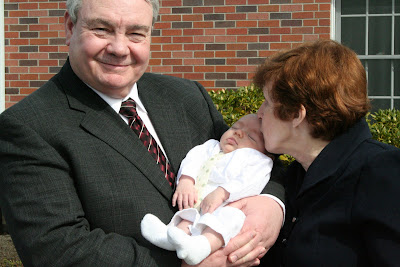 For Father's Day, "Emery" made Daddy breakfast in bed and then gave him a new tie to wear to church. Emerson also got a matching new tie (at least the pattern) for church...which I made from the fabric of a big tie. Here a some pictures of them in their matching ties. 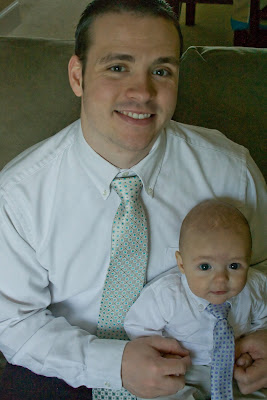 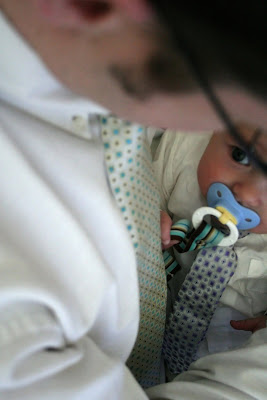 Emerson loves to suck on and lick things now. If you get anything close to his mouth it is going to be touched by his tongue. 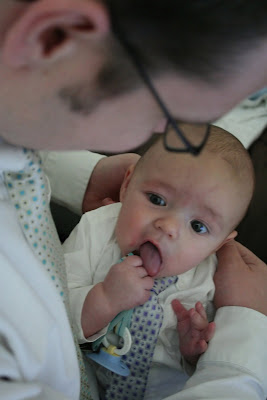 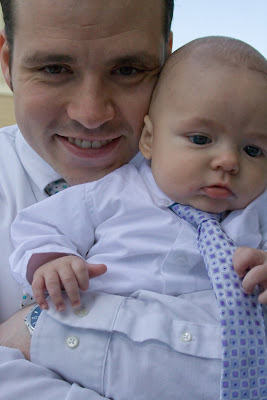 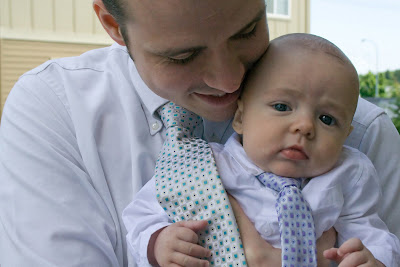 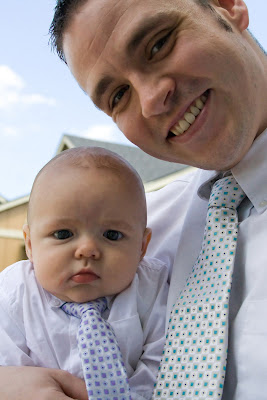 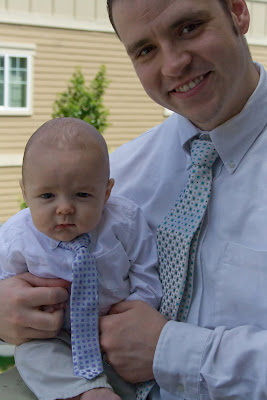 I think all in all, Jason had a wonderful first Daddy's Day.
Posted by Jason and Jessica Bills at 4:05 PM 5 comments:

So, I failed my goal and missed the last couple of days in May. One of these months I will try it again...not this month because I would have already not done it. Anyway, here is a layout that I did with a bunch of the pictures I took last month. I have so many favorites in there. 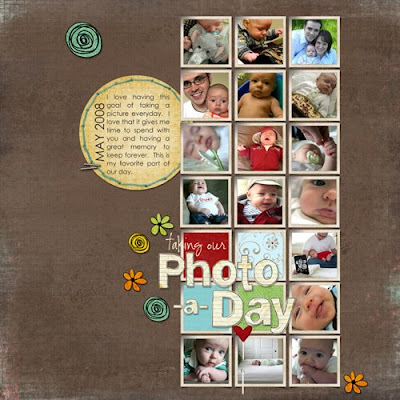 We decided to see if Emery would like his exersaucer this week. I was thinking that he is still to small for it because I used to babysit a little boy that was a month older than he is now and he was still a little to young for it then. But Emerson loves it! We are watching Season 2 of Lost and he sit in it while we watch. He could be in there for hours. I love it! 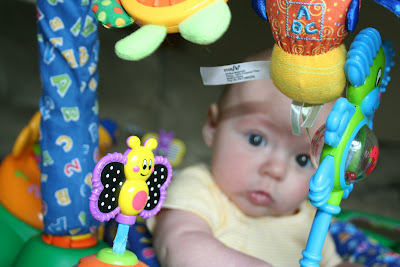 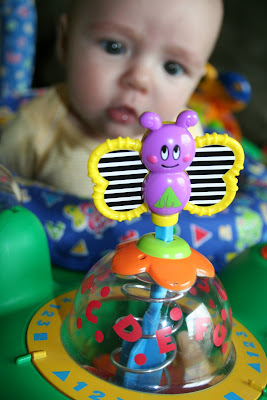 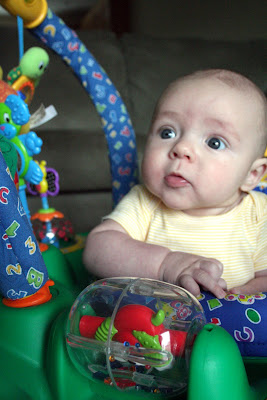 I go and wake up Emerson for the last feeding before I go to sleep every night. Last night this is what I came into. His arms were swddled down next to his side, but he got them out. I think that it is so cute. This position must be really comfortable to him because he loves it. He will do it awake or asleep. (This isn't a new position, it is just the first time that he was doing it in his sleep that I had a camera near.) 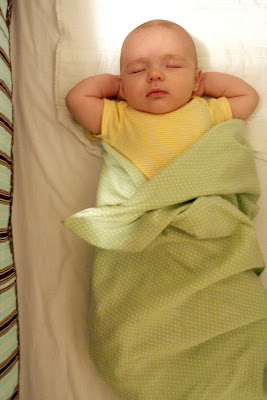 Posted by Jason and Jessica Bills at 10:38 AM 8 comments: