Emerson and the Baby

Emerson had a rough start with this prenancy. When we first told him he didn't really get it. Then I explained it to him more and he did not like this idea of another kid coming into the family. In fact on the day that I told him, we went to playgroup and I was holding my friend's baby. He came up to me and said "Give that baby back, I DO NOT want a baby at my home." This made me a little sad since I am so excited for the baby.

The next day I asked Emerson what we would name the baby if it was a boy and this made him a little more excited and he responded immediately, "Kent Clark".  Then I asked him if it was a girl, "Ava, no Kent Clark too".  Apparently if this baby come out either gender we have a name for it...Kent Clark...lets hope for it to be a boy with a name like that. :) 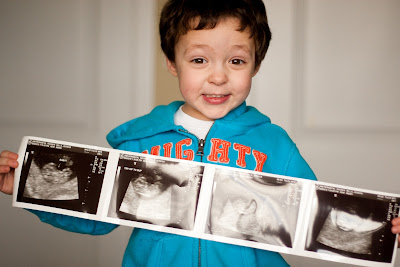 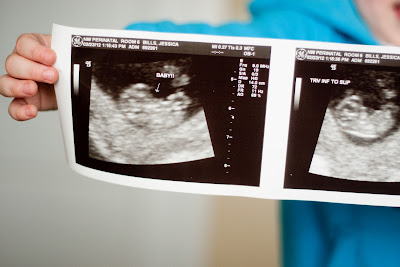 Emerson has started to get excited for the baby to come.  He was actually who announced to my sisters that I was pregnant because he was so excited.  I had a whole plan of sending them Valentines with an announcement on it, but we were Skyping and Emerson just blurted out..."My mommy is having a baby."  It was so cute.  I couldn't have announced it better.

This is the Valentine I was going to send out with Sour Patch Kids: 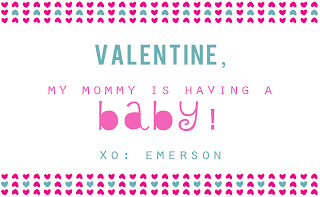 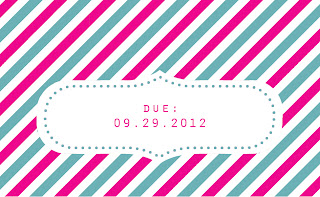 Whenever I tell Emerson I am going to the doctor, he gets really concerned that the doctor is going to "take all your blood and pop the baby out".  We have tried to explain to him that the baby isn't going to be here for a long time and that Mommy's belly is going to have to get a whole lot bigger before the baby comes.  But every time the Dr. visits come, he is convinced that I will be coming home with a baby.  It is so sweet.
After I was having such a hard time at the start of my pregnancy, I was put on rest which included picking up Emerson.  Emerson never was a kid that wanted to be held until that happened and he could tell that something was different and wanted me to hold him all the time.  It just broke my heart everytime that I had to say that I couldn't hold him.  I would sit down and let him come on my lap and give me snuggles though which somewhat helped.  I didn't realize how often I have to pick him up though.  I have to anytime he gets into a cart or on a swing...There are just tons of things that we have had to figure out new ways to make it work.  Emerson had had to become a lot more independent this past few months.  He is really impressing me with how much of a big boy he is becoming.

He is starting to really love this baby.  He loves to come up and hug and kiss my belly and whenever he is laying near me he goes and rubs my belly to rub the baby.  He loves dancing and he tells me that when ever he is dancing the baby is dancing inside of me too.  Which by the amount the baby moved on the ultrasound and everytime we try to get it's heartbeat I believe that it is always dancing with Emerson.  I can't wait for the baby to move to the point that Emerson can feel his baby sibling.  He is going to love that.  He is already such a great big brother...even with the rough start.
Posted by Jason and Jessica Bills at 9:34 PM 3 comments: