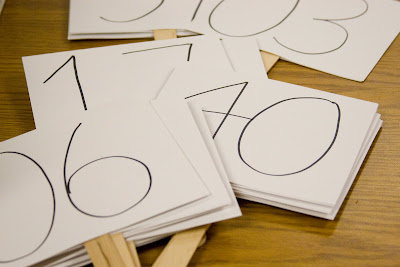 We had a great turn out for the service auction last night. I think that it was the best turn out that we have had since I became the Enrichment Leader.

It turned out to be an awesome activity! Talk about a lot of fun. We got to know each other's talents and what people wish their talents were. Some of those items went for A LOT!

I ended up getting FHE treats for the month of October and a Jewelry making tutorial. Funny story of how I got the tutorial. I was keeping record and by the end there were 3 more people to get things and only 1 more thing. So we were trying to figure out where the extra one went. One lady realized that she got an extra, so a girl decided to throw in an extra jewelry making tutorial. We didn't know where the last one went until we realized that I totally forgot to put in my cards! I felt so bad. So we finished up the auction and I couldn't win my own cards, so I won the tutorial instead! I was super excited because I was totally out bid on the tutorial previously.

I was too busy through out the night to get any pictures. I wish that I got at least one of Jason auctioning. He really made it awesome. But, here are some of a couple of the center pieces for the tables. (Yes I did copy Emily on the fabric cake.) 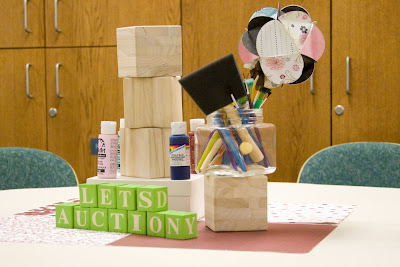 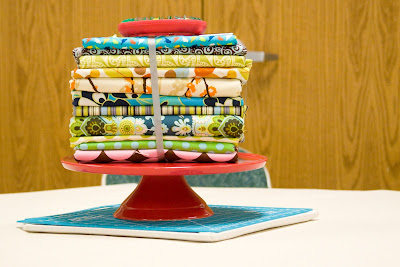 Posted by Jason and Jessica Bills at 8:58 AM 8 comments:

Next week for Enrichment, we are going to be having a service auction. I am super excited for it. I think that it is going to be a fun way to see what other ladies in the ward can do.

I decided for the auction to make 24 Christmas cards. So, for the past couple of days I have been cutting and glueing. Then today, I put them all together. I think that they turned out pretty cute. Now I am trying to figure out how to make a cute box to hold them. We will see if I end up getting to that. 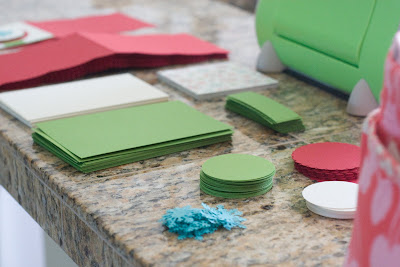 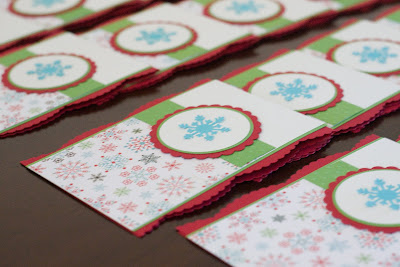 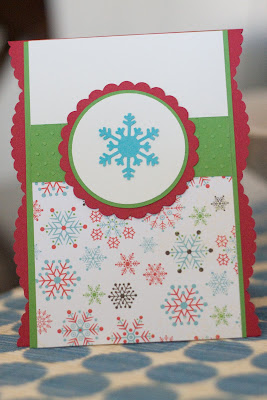 Who knows, this might be the design that I do for my christmas cards this year. I really like them (maybe I will just bid on my own service).
Posted by Jason and Jessica Bills at 3:59 PM 9 comments: